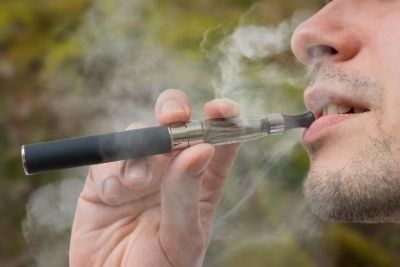 How is the UK Vaping Industry Regulated?

It’s safe to say that vaping has had its fair share of headlines over the years. From EVALI in the US to vaping bans in Australia, unfortunately, e-cigs don’t always get the fair press they deserve. E-cigarettes have helped millions of UK smokers quit smoking, but what no one tells you is that vaping in the UK is one of the safest places to be when it comes to the quality of your vape products. Here in the UK and across Europe, vape products are regulated by the Tobacco Product Directive (TPD). This means that all vape products must be TPD compliant before they can enter the vape market.

Some of the criteria that vaping companies have to meet, include; a minimum standard of safety and quality, a full list of ingredients, requirements for labelling and packaging, restrictions on print, broadcast and online advertising, as well as an all-important ban on the sale of e-cigarettes products to under 18s. Additionally, there are restrictions on things like tank capacity (2ml), the capacity of refill containers (10ml) and limitations of nicotine strength (20mg/ml). But it doesn’t stop there; from a safety point of view, nicotine products must be tamper-proof and child-resistant, while certain ingredients such as colourings, caffeine, taurine and vitamin e acetate are also banned.

Vaping Regulations Around the World

You may remember we mentioned EVALI in the US and vaping bans in Australia earlier on. While the UK and EU vaping industries are thoroughly regulated, the same can’t necessarily be said around the world. EVALI is Electronic Vaping Lung Injury that swept across the US in 2019. Hospitalising thousands and resulting in numerous fatalities, this tragedy was mainly down to a lack of regulation, with results identifying vitamin e acetate found in THC vapes as the suspected cause. Additionally, while in the UK and EU, we have legal limits on the amount of nicotine in e-liquid, the US has no such restrictions. With regulations under constant review, we expect the US vaping industry to be stepping up their safety in the coming months, which has commenced with the banning of various flavoured vapes.

Elsewhere, Australia has a domestic ban on the sale of e-cigarettes, yet up until now have allowed un-regulated products to be imported from abroad that have the potential to harm the health of vapers. With an impending ban on the personal importation of liquid nicotine, a regulated e-cigarette industry in Australia is a must for the safety of vapers and smokers seeking a smoke-free future.

What Does The UK Say About Vaping?

We can count ourselves fortunate here in the UK that our vaping industry is well regulated. As well as being stringent and safe, e-cigarettes are even recommended by health professionals as a viable way to quit smoking. Public Health England (PHE) published leading scientific evidence back in 2015 that found vaping to be up to a staggering 95% less harmful than smoking cigarettes.

Up to twice as effective as traditional nicotine, replacement therapies such as gums and patches, vaping regulations in the UK are some of the toughest in the world. With a stringent set of rules and criteria that companies and manufacturers of vaping devices and e-liquids must meet to sell their products, UK vapers and smokers seeking a smoke-free future can certainly rest assured that their vape is as safe as it can be.

If you smoke and are thinking about vaping as a way to quit smoking, choosing a simple and affordable device like the Vapour 2 e-liquid starter kit will provide a viable route. A fuss-free way to enjoy the experience of vaping and get the hit of nicotine you need to curb cravings, vaping couldn’t be easier.

Will Vaping Be Banned in UK?

Far from it at this stage and in fact quite the opposite. Vaping is becoming widely associated as a key tool to help smokers quit smoking. If anything, the industry is moving more in the direction of e-cigarettes becoming distinguishable from tobacco products as far as regulations are concerned. From vape only areas to e-cigs being sold in hospitals, campaigns for vaping to become recognised as a go-to aid to eliminating the UK’s culture of smoking continues to gather momentum. Whether it’s playing a pivotal role in the annual stop smoking campaign Stoptober or e-cigs being prescribed by your GP, you can thank vaping regulations in the UK for keeping us as safe as possible.