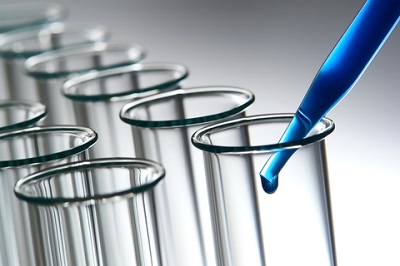 Nicotine has always been an integral part of vaping. When the modern electronic cigarette was invented, the driving force was to offer an alternative for smokers. You certainly couldn’t do this without some type of nicotine, and thus the solution was found in liquid nicotine. Add in propylene glycol (PG), vegetable glycerin (VG) or a PG/VG mix, and of course the all-important flavours, and you essentially have the recipe for what’s in your e-liquid.

None of this seemed to be much of a problem when vapour devices started becoming popular. It’s only when governments became involved did the idea of liquid nicotine for the general public come under scrutiny. This was specifically the case in America, where the Food and Drug Administration (FDA) had a hard time classifying vapour products. They had pressure from lobbyist groups to do something, as vaping was becoming hugely popular very quickly.

At first came pressure from tobacco companies who felt threatened by vapour. Then came the pharmaceutical companies, who also felt threatened. In the end the FDA decided to place vapour products more or less in the category of tobacco products. Regardless of the reasons why, or the pros and cons, they were able to do so for one simple reason. They could point to the fact that there was nicotine in e-liquid, just like there was nicotine in tobacco.

In fact, the liquid nicotine we use is actually derived from tobacco plants. This is an organic process whereby nicotine is extracted from the plant and converted to liquid form. In some ways, this is great to see. In a world where so many things have become synthetic, at least in nicotine we saw a return to the actual plant to harvest what we need to complete the e-liquid formula.

Unfortunately, there are down sides to this. One is that nicotine has gotten a bad name that has been hard to shake. It’s become associated directly with smoking, to the point where some people think the negative consequences of smoke are due to smoking. This isn’t the case, as it is the burning of carbons in combination with the thousands of chemicals added to tobacco when cigarettes are produced that are primarily responsible for all of the bad stuff that happens to smokers.

In America, nicotine has that bad name, and it was used by the FDA to round up vaping devices and throw them in with tobacco products. As you can imagine, this has begun to heavily restrict how vapour can be advertised and sold. It’s created a situation where vape shops and other vapour suppliers have to follow very firm guidelines. Some of them may be good for the public, but others just hamper the spread of vapour devices in the first place.

Well, not everyone has decided to take this lying down. Some decided there was a way around this, and the way was through nicotine. It is, after all, what allowed the FDA to connect vaping to smoking. So, in a lab somewhere, companies like Next Generation Labs, have focused exclusively on creating synthetic nicotine. With their patent-pending process, they claim to have developed nicotine without the need of tobacco leaves, but still create the same type of biological impact.

Basically, they are saying they can make you feel like you have nicotine in your body without producing it from a plant. They also do not hide the fact that this is a way to sidestep the new regulations the FDA has put on all vaping products that have nicotine. By the looks of it, they are succeeding. The FDA has the following on their FAQ section:

“It’s possible that a disposable, closed system device that contains an e-liquid with truly zero nicotine (or synthetic nicotine) would not be regulated by the FDA as a tobacco product, if it is not intended or reasonably be expected to be used in such a fashion.”

There you have it, the words synthetic nicotine are now in the FDA’s vocabulary. Certainly, for the creators of the product, this is a win. But is there a reason to celebrate? Other than bypassing the FDA, is there anything new here for people who vape? Some might say they’re wary of introducing something that isn’t known into their e-liquid. Or they may be cautious about what it could do to vapour performance.

Undoubtedly, this is a subject that needs to be studied more, so it is hard to be as enthusiastic about it as the creators of synthetic nicotine are. We do already have nicotine and it’s organic, derived from a plant that grows in nature. The idea of putting more things into a lab is…well, confusing. It does, however, get them over the FDA hurdle. Thankfully, we don’t have that issue over here.