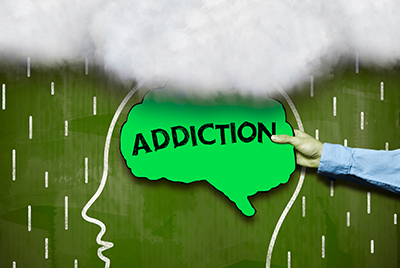 To understand whether vaping without nicotine is addictive, first of all, you must compare it to cigarettes. Because nicotine is in all cigarettes and the majority of e-cigarettes, most believe that nicotine is the harmful ingredient which causes multiple health issues. However, it’s tobacco which does the real damage, as the World Health Organisation advise.

For decades we have been aware of the risks surrounding cigarettes. And yet people continue to smoke because of the addiction, largely due to nicotine. People try all sorts of alternatives to combat the difficult-to-stop habit, such as gum or patches. Nevertheless, nothing comes close to the evolving vaping industry, which experts believe is twice as effective compared to traditional alternatives.

Thanks to vaping, it’s estimated that 1.5 million people in the UK have completely stopped smoking as a result of vaping. That’s a pretty impressive number and doesn’t take into account those who are also cutting down. This figure only continues to rise as we learn more about vaping from scientific-led studies.

Take away the nicotine from vaping or cigarettes and neither will be addictive. With vaping, you can slowly reduce your nicotine intake without reducing the number of times you vape. Therefore, it’s all about finding the right amount of nicotine to replicate the throat hit you’re used to as a former smoker. Finding the right e-liquid to slowly wean yourself off is key.

Nicotine is an organic compound which stems from the nightshade plants family. Often found in tobacco-based products, it was first introduced into Europe by Christopher Columbus in the 15th century. Since then people have been smoking this highly addictive chemical, mimicking another chemical that occurs naturally in the brain and activates its ‘pleasure centre’.

Eventually, the brain becomes dependent upon the nicotine to work properly as it is less sensitive to the chemical it produces naturally. If consumed on its own repeatedly, it can be highly dangerous to people of all ages. However, we know when vaping e-liquids that you can buy with or without nicotine, selecting the dosage that suits, or none at all.

It’s ideal for those looking to quit smoking because it doesn’t mean you need to completely go cold turkey with your addiction. Instead with vaping, it’s possible to reduce nicotine levels with greater ease. However, bear in mind it can stay in your system for quite some time depending on how much you consume, which highlights the impact it can have on your body and mind.

Is it Safe to Vape Without Nicotine?

This all depends on why you’re joining the vaping community. While it’s not advisable to consume nicotine on its own, smokers looking to quit or reduce their intake are often advised to vape instead. Therefore, despite limited research on the long-term effects of vaping, it’s still considered safer to vape with nicotine, slowly reducing your intake. Otherwise, chances are you’ll likely return to smoking cigarettes because of the addiction levels. If you still feel like you need to inhale something, even after completely removing nicotine, it’s safer to go with tested and certified e-liquid products containing harmless natural ingredients such as Vegetable Glycerine and Propylene Glycol anyway.

Overall, the misconception about the safety of vaping is largely based around the EVALI outbreak in the US. Although the myth quickly spread that vaping alone was the contributing factor, the fault linking to lung-related illnesses was attributed to a banned substance in e-liquids called Diacetyl, mainly sold in the US. Whether you have nicotine in the vape or not, a stronger or milder dose will only contribute to your levels of addiction and the substance alone will not damage your health significantly, although some side effects can occur.

Is Vaping Without Nicotine Bad for You?

While vaping with nicotine will not specifically damage your body as a stand-alone ‘bad’ substance, your nicotine dependence will increase with more use.

Therefore, it’s advised to slowly ease yourself off nicotine to reduce the chances of returning to cigarettes, which is considered much worse. If you suddenly take away nicotine or reduce too much in one go, chances are you’ll find it more difficult to vape and easier to revert back to smoking.

For this reason, vaping is a welcome change because you can mix it up with different nicotine strengths to suit. You can even completely remove tobacco and opt for pure nicotine instead with ready-made prefilled pods for beginners. That way you know you’re getting a tested product which is ideal for the start of your vaping journey.

As an alternative to smoking, plenty of respected organisations such as Cancer Research UK, the NHS and the British Heart Foundation have backed vaping.

Side Effects of Vaping Nicotine-Free

As we stated earlier, vaping is still in its infancy in contrast to cigarettes which has years of data and scientific research. For that reason, it’s hard to pinpoint the side effects of vaping nicotine-free with clear factual evidence. Nevertheless, from research completed for cigarettes, we know nicotine can stimulate the brain positively and negatively. This is based on studies where you have to factor in the additional chemicals in cigarettes such as tar, which you do not get in with vaping. Other potential side effects of vaping with nicotine include:

The thickness of the e-liquids depending on the ratio of VG or PG can also make you cough as well. However, with very few studies done on the impact of vaping without nicotine, it’s hard to make a comprehensive statement on the long-term effects when you choose to vape this way.

Vape Without Nicotine Pros and Cons

What is Shortfill E-Liquid? 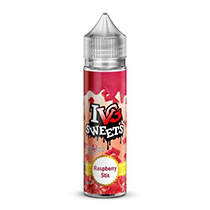 As we know, with each passing year that the vaping industry grows in popularity, more regulations are put in place to keep consumers as safe as possible. When the Tobacco Products Directive put its foot down in 2016, it created stricter measures for any company wanting to sell vaping products in the EU. One key change was the prevention of any e-liquid bottle sales containing more than 10ml combined with nicotine. Remember this is an industry full of innovators, finding a way for customers to top up their tanks or pods with the required nicotine strength. Thanks to the creation of shortfills, you can now buy e-liquid up to 50ml and add a nicotine shot if you wish or vape nicotine-free.

It is this physical need for nicotine that makes it an addiction. When you vape without nicotine, you might develop a habit but there are no ingredients in the vape juice that have an addictive quality.

Habits are something we develop over time. If we smoke cigarettes, we have to beat our addiction to nicotine as well as break our habit of smoking at the same time.

Imagine you’re meeting some friends for a drink. Usually, you would step outside, cigarette in hand after you’ve finished your drink. You’re used to taking those regular breaks, having something to fiddle with your fingers and going through the motion of smoking.

After you stop smoking, suddenly those little routines that you do while out on a lunch break end. And those rituals of smoking are part of what makes it more difficult to stop.

When we reduce our nicotine intake by lowering the amount in our vape juices, we are breaking our addiction to nicotine. We can still keep our habit through vaping.

Can You Get a Nicotine-Free Vape Juice?

This might seem like a ludicrous option and take away the whole point of vaping, but an increasing number of companies introduce a variety of e-liquids and devices that support this. Some former smokers believe that nicotine is the reason for the damage cigarettes have done to their body and want to remove completely. Nicotine-free vape juice does not contain the addictive chemical and therefore the most you can do is form a habit. Your body is not going to need it for survival as it would with an addiction.

If you are joining one of the 1.5 million who have quit smoking through vaping, then make sure you reduce your nicotine levels slowly to avoid side effects. For that purpose, a nicotine-free vape is possible with patience and will power.

Even with limited research, it’s clear for all to see that vaping is a better alternative to smoking right now. When burned, there are up to 7000 toxic chemicals in a cigarette which can damage the body short term and long term in multiple ways.

By opting to vape, not only will you have kicked (or avoided) an addiction through nicotine-free vape juices, but you will also have a wide choice of flavours for your vaping needs. Just select 0% strength when you order.