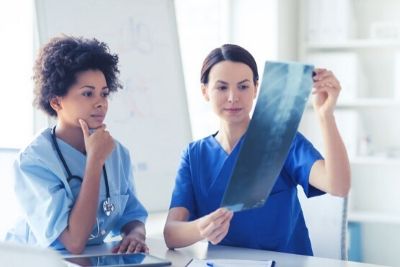 A recent report published by experts has declared 2007's ban on smoking in public spaces to be one of the greatest UK public health achievements to date.

Voted on by public health experts, this often-overlooked policy has had a massive positive impact across the country and set the ball rolling on a number of follow-up initiatives. So, what exactly did the smoking ban involve and why is it so highly regarded?

Beating out the sugar tax and incisive reviews into health inequality, the smoking ban is touted as a success because it did something extraordinarily rare for health policy – it produced immediate, tangible results. First enforced on the 1st of July 2007, the ban followed on from a number of informal bans that were brought in on a case-by-case basis by businesses. This saw Wetherspoons lead the charge and many follow suit, due to the widely recognised risk from second hand smoke. Despite what appeared to be an initial public outcry, the legislation was subject to public consultation and saw 90% of respondents in favour of a comprehensive ban – changing the face of the UK’s pubs and public areas forever

How has it helped?

While the initial ban saw millions of smokers forced to be more conscientious about their habit, it was in 2017 – the ten year anniversary of the ban – that we first truly understood the impact it had. And the results spoke volumes. The introduction of the ban saw a continuation of the rate of decline, which was stabilised by stripping out ‘occasional’ smokers and accompanied by a 23% increase in individuals trying to quit.

Many observers highlighted the profound psychological effect the ban had, as Hazel of Cheeseman of Action on Smoking and Health (ASH) mentioned at the time: “Directly after the legislation, more people were trying to quit smoking, and more people succeeded because it’s much easier to avoid those situations”, allowing individuals to avoid exposure that would trigger a relapse into their habit. While many long-term studies are ongoing, positive trends were spotted across the country, with institutions such as the Centre for Public Impact providing constant up to date research that highlighted-

- Overall, 98.2% of businesses were and remain compliant, a staggering number for new legislation.

- The commitment to change has continued with the UK leading the charged on tobacco policy and committing to a ‘Smoke Free Britain’ by 2030.

What are the advantages of stopping smoking with vaping?

When it comes to giving up smoking, the benefits couldn’t be clearer. While full cessation can be extremely difficult, smoking brings improved lung and heart health, a reduced risk of cancer, and decreased risk of stroke. For many, vaping is increasingly becoming recognised as a useful tool to help you help you quit smoking when it matters most. They can potentially help fight cravings when you’re sorely tempted or allow the flexibility to vape when and you need to – helping to do away with the lure of picking up a carton of cigarettes or pack of rolling tobacco in a pinch. In fact, switching to vaping carries a number of benefits. Some of which include-

Cost Effectiveness: While vaping devices may be pricier than a pack of smokes, e liquids are much less expensive and longer lasting than normal cigarettes; allowing you to buy in bulk and enjoy significant long-term savings.

High Flexibility: With a range of flavours and pricing options, vaping can cater to the tastes of any user. This means that the ‘handover’ from conventional smoking is quick, clean, and stress free.

Reduced Harm: While vaping is not without risk, it is significantly less dangerous than smoking. While research is ongoing, choosing vaping can make a genuine difference to attempts to cut back or eliminate your habit entirely - making it useful for those that are keen to take a first step in the right direction.

How can we help?

Quitting smoking can be one of the most positive things you can do for your life. While the health benefits are widely known, it returns a sense of control, makes your senses sharper, and frees up money. At Pure we believe in providing our customers with the support they need to meet and maintain their smoke-free new year’s resolutions. In order to do this, you can review our online catalogue of products in full.

Or you can take a look at our range of starter kits that offer a range of options to help make your transition to vaping as smooth as possible. If you want to learn more, you can get in touch with our team directly and let us know exactly what you need to support your attempts to quit, control your habit, or settle on an alternative to smoking that truly works for you.