Over 50% of adult smokers in the UK think vaping is as bad as smoking for their health. But are they correct? Vaping has become very popular in the UK over the last few years, making it one of the top five vaping countries in the world. Many people have sworn by vaping as a way to quit smoking, but others are wary of vaping also being bad for your health. Until recently, studies on the health effects of vaping have been thin on the ground. However, after a number of important studies, it has been revealed that vaping is much safer than many people think - and safer than smoking.

Vaping is better Than Smoking Long-term

One recent study on the long-term use of vaping products came from a number of institutions, including University College London, the Roswell Park Cancer Institute and Centers for Disease Control and Prevention in both the US and UK. The study aimed to compare smoking cigarettes to using e-cigarettes or nicotine replacement therapy (nicotine patches, nicotine gum, etc.) over six months or more. The results showed that people using only e-cigarettes or NRT had lower toxin levels than cigarette smokers and those who both used these products and smoked cigarettes.

Use of E-cigarettes and Vaping

A survey carried out by Action on Smoking and Health (Ash) and YouGov found that an estimated 2.9 million adults in the UK use electronic cigarettes. The 2017 survey also showed for the first time that more ex-smokers were using these products than smokers, with 1.5 million ex-smokers using the products. A fourfold increase in vapers took place between 2012 and 2017, but growth has slowed down and fewer smokers each year understand the benefits of choosing vaping over smoking. Research showed that only 13% of people understood that e-cigarettes are a lot less harmful than smoking. However, the most common reason for switching from tobacco to e-cigarettes was to stop smoking and save money. 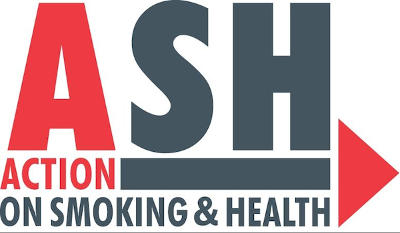 If you're a smoker, know a smoker or are maybe even someone who has considered taking up smoking, it's important to recognise that vaping offers a safer and healthier alternative. Vaping liquids often contain nicotine, but come without many of the toxins contained in cigarettes and other tobacco products. Without the tobacco, vaping is better for the lungs and airways. As soon as you stop smoking tobacco, you can notice the improvement for your lungs, heart and circulatory system. It takes only a few weeks for a notable improvement in health to take place, even if you have been smoking for years.

When you quit smoking, your lung function could improve by up to 10% over the next nine months. That means you'll breathe better, making it easier to stay fit. As lung capacity diminishes as you get older, it's even more important for older people to consider quitting. Your blood circulation improves when you quit too, which can result in more energy, as well as better skin and hair. Oxygen and nutrients are delivered more efficiently around your body when your circulation is better. Quitting smoking can even improve smell and taste, allowing you to explore a range of e-liquid flavours and enjoy them more.

Although people are aware of the health consequences of smoking, many assume that vaping is just as bad for your health as smoking cigarettes. However, studies have so far demonstrated that vaping is likely to be much better for you. Although people who are quitting smoking choose to use e-liquids with nicotine, which helps them manage their addiction, they can immediately stop consuming tobacco. It's tobacco and some other components of cigarettes that cause some of the major problems associated with smoking, including heart and lung disease and several different types of cancer.

Nicotine replacement therapy has long been used as an effective quitting aid for smokers. Vaping provides an alternative that can offer a couple of extra benefits. Using e-cigarettes or vaporisers, quitters can also keep their hands and mouth occupied, which can be a struggle once you stop smoking. Nicotine helps to deal with the cravings, but many quitters feel that they miss the action of smoking. Vaping gives them something to do that mimics the action of smoking and can even become a hobby due to the different equipment and flavoured liquids available. You could have more fun vaping than you ever did smoking.

Many people have begun to think more about the impact that smoking can have on your health. Smoking rates have been steadily dropping over the years, particularly among younger people. According to the Office for National Statistics, 17.2% of adults smoked in 2015, compared to 20.1% in 2010. The largest decrease was observed for ages 18-24, although all age groups saw a drop in smokers across the five-year period. In 2015, 56.7% of people who had previously smoked had quit, which is the highest proportion since 1974. 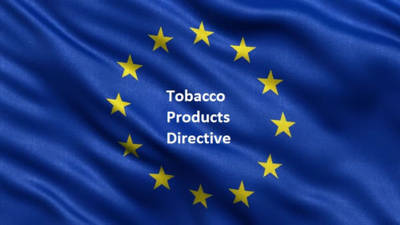 One thing that may concern people is a lack of regulation for e-cigarettes and vaping products. However, recent changes in EU regulation are helping to keep products safe. At the same time, they aren't too much of an imposition on existing vapers. The new legislation came into effect in May 2017, restricting the maximum strength of nicotine to 20 mg/ml and the maximum tank size to 2ml with the maximum e-liquid bottle size at 10ml. According to Ash, previous to these new regulations, only 6% of vapers used above the maximum strength and only 1% used more than 1ml of liquid a day.

If you're a smoker, don't be put off vaping by the incorrect notion that it's just as bad for you or worse than smoking. It has become an increasingly popular way to quit smoking and exposes your body to fewer of the toxins that cause cancer and other health problems.

Vaping could help you stop smoking or cut back. Start improving your health and fitness by choosing vaping over cigarettes.