E-cigarettes have become a really popular way for smokers to reduce the amount they smoke with the intention of quitting their nicotine habit once and for all. The report, by experts from King's College London and the UK Centre for Tobacco and Alcohol Studies, the University of Stirling and Cancer Research UK, suggests e-cigarettes are helping up to 57,000 smokers a year to quit.

The method of slowly decreasing the nicotine content in your e-liquid is one of the most sustainable ways of coming off nicotine altogether until you are literally just inhaling steam. Since the smoking ban of 2007, it has been illegal to smoke indoors and in many public places too. The aim of the ban was to reduce the amount of passive smoking as well as to encourage people to kick the habit altogether. Unfortunately, vapers are now also being placed in this category, and being asked to use smoking shelters, because there is a misunderstanding about what vaping is and what the effects on others could be. 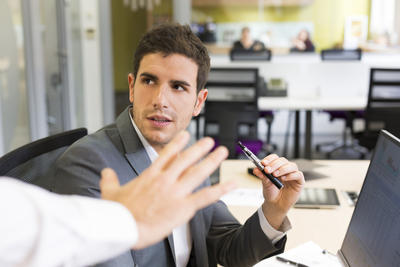 For years gone by, smokers have taken quick breaks throughout the day to get their fix of nicotine. Now, in many offices around the UK, people are vaping instead and not having to leave their desk to do so. But is it okay for people to vape at work?

There are arguments for and against, but the general consensus is that as long as a few rules of etiquette are followed, many UK business owners are happy to let their employees use e-cigarettes. Let’s start with the benefits.

The Benefits of Allowing Vaping Inside at Work

Smoking is a huge health risk and given the number of carcinogens people are exposed to in every cigarette, it is a habit best kicked. Though employers are certainly not responsible for the choices their employees make, if they can encourage a healthier lifestyle, they are likely to see their staff take fewer sick days and be much more productive too.

Giving vapers a space separate to smokers will ensure that they aren’t also being subjected to any secondhand smoke. This should help them to resist the temptation as well as keep them away from the carcinogens being exhaled.

Film actors often use e cigarettes because they are working.

Vape exhale does not contain any harmful chemicals and as long as vapers don’t exhale large clouds of vapour (which is both unfair to others around them and bad vaping), there should be no reason that it is unsafe for vapers to vape at their desk.

Vaping indoors will mean that these employees will not have to traipse outside all the time and can get their nicotine fix at their desks instead. This is better for the staffs who don’t like being forced outside in the cold, wet winter and better for employers who want to make the most of their time. 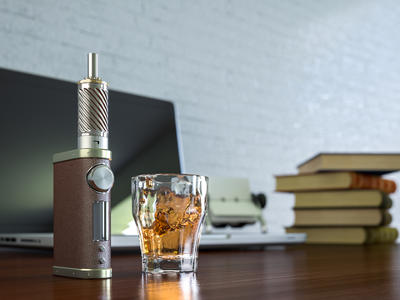 The Disadvantages of Allowing Vaping Inside at Work

One of the main reasons why non-smoking and non-vaping staff may object to allowing vaping inside the office are large clouds of vapour filling the room. Many e-liquids are flavoured and so they naturally have a smell. While this is pleasant for the vaper, not everyone will like the smell - especially if a few flavours are in the room.

This problem is easily fixed though by asked vapers to reduce the amount of vapour in their exhale and keeping vaping to a minimum. You could also restrict the amount that employees vape by specifying that it must be done during breaks as smoking would be.

There are different types of vaping devices, some of them are designed for cloud chasing, which you have to manually adjust the settings to decrease the size of the vape cloud, whereas some devices are simply designed for vaping in a smarter way, where people do not really focus on the size of the clouds but want easy vaping without the hassle.

Though vaping is generally thought to be a much safer option than smoking, it does still contain nicotine which may be harmful to vulnerable people including children, pregnant women, people with breathing problems like asthma and older people. There is only limited research on the matter, but there is the potential that some nicotine remains in the vape exhale which could then be passively breathed in by these groups.

If you have any vulnerable people in your office, you should consult with them when making the rules for vaping inside.

What is Vape Etiquette?

If you are thinking of allowing vaping in your office or you would like to request permission from your manager, you should first think about creating a vape etiquette. This is useful because it sets up some rules for everyone to follow which will mean that everyone is happy and safe at work.

Because many people think of vaping in the same terms as smoking, you should be understanding of their concerns and address each one calmly. Here are a few suggestions for what you can do.

If you don’t want to have staff vaping all the time, make it clear that they can only vape on their breaks. This is the same rule as Smoking, but can be an effective way of preventing the vape equivalent of chain-smoking.

When is it Appropriate to Vape?

If you don’t want to set specific times, you may wish to limit when people can vape. For example, if you are customer facing, it could be seen as unprofessional to be vaping while you work. So office workers might be fine to vape at their desk but not allowed to vape while in a meeting with a client. 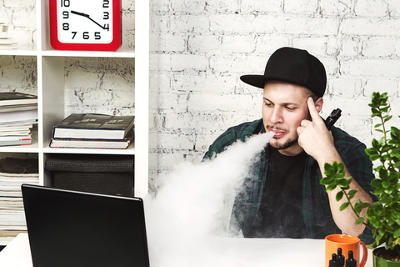 Limit the Amount of Exhaled Vapour

Many non-vapers find large amounts of exhaled vape unpleasant and this is entirely avoidable. Vapers should only take in the amount they need and be careful to exhale away from other people. Again, this is similar to smokers not blowing clouds of smoke into people’s faces.

Create a Space for Vapers

Finally, if the majority have a problem with people vaping inside or you don’t want clients to see your staff vaping, you should create a separate area for them to go. This should be separate to the smoking area and may be indoors.

Whether vaping is acceptable at work is really down to individual companies to decide, but there are some simple methods for keeping everyone happy. The most important thing is that staff are not only given the opportunity but are actively encouraged to live a healthier lifestyle.

The future of vaping in the UK

The benefits of vaping have been recognised by the NHS.

As long as vaping is equated with smoking cigarettes by local councils, the law, workplaces and the British population, then there will be little contribution to quitting smoking at a national scale. The mindset on the topic of vaping has to change in a holistic way in order for progression to happen.