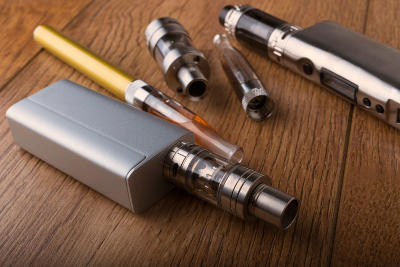 E-Cigarettes Vs Shisha Pen Vs Vaporizers

Smoking cigarettes is a pretty straightforward scenario. You buy your pack of cigarettes or rolling tobacco and papers, light up, and in an instant, you receive the nicotine hit that your body has become so accustomed to. But what happens when you decide to ditch the tobacco and switch to vaping? As you delve into the world of vaping, you’re met with a variety of devices and paraphernalia, but how do you choose? E-cigarettes, shisha pens, and vaporizers – what do they do and what do they mean for you and your nicotine habit? Let’s take a look at the key differences between these vaping products and discover which style device might work best for you in your quest to become smoke-free.

First things first. Note that e-cigarettes, shisha pens and vaporizers all use a PG (propylene glycol) or VG (vegetable glycerin) based e-liquid that essentially replaces the tobacco that you’re used to smoking. In all instances, the e-liquid is heated to varying temperatures by an atomiser inside the device, and the resulting vapour created by the evaporated liquid is then inhaled to simulate smoking. The e-liquids contain the nicotine in a range of strengths and are available in a variety of flavours, which both play their part in appeasing the cravings you may experience when you stop smoking (did you know cigarettes contain sugar – who’d have thought?). Some commentators argue that the sweet and fruity flavour might be attracting minors to vaping, whilst other argue that e-liquid flavours actually support smokers on their journey away from smoking onto vaping and then many will quit both.

Easy to use and often the best device to start off with for smokers switching to vaping, sleek, discreet and similar in appearance to a conventional tobacco cigarette, e-cigarettes are either bought as a complete kit which is disposable after use, or a re-usable kit that includes a rechargeable battery and refillable e-liquid tank - ideal for those keen on making the most from their device. Refllable e-liquid tanks and rechargeable batterie are a great way to keep vaping affordable and help you save some pennies in the process.

Very similar to e-cigarettes in shape, size and technology, but typically longer in length, shisha pens tend to have a larger battery capacity meaning users can create more vapor for longer as well as experiencing a great flavour hit at the same time. Shisha e-liquid is often nicotine free.

Vapour2 Shisha Pens use a 4-volt battery compared to the commonly used 3.7-volt batteries, making these devices a go-to product for many moderate to heavy smokers looking for a smooth departure from smoking tobacco. Essentially the modern-equivalent of smoking flavoured tobaccos through a traditional hookah pipe, a broad range of flavours both with and without nicotine are available as re-fillable e-liquids. From Cherry to Grape, why not choose an e-liquid sample pack which contains a range of sweet and fruity flavours (with or without nicotine) and find a flavour to suit your personal taste?

In the time since e cigarettes have become available on the market, the industry has seen huge technological advances. For veteran vapers and hobbyists, vaporizers have a much larger power capacity and will sometimes be referred to as ‘sub-ohm’ devices.

Those that have been vaping for some time may adopt these devices in order to provide them with a bigger throat hit. Similar to that of smoking tobacco and it’s these devices that enable vapers to create huge clouds of vapor, as users make modifications to coils and mouthpieces alike.

Importantly, the technology used in first and second generation e cigarettes are the devices that formed the research for the landmark review published by Public Health England, heralding e cigarettes as 95% less harmful than cigarettes.