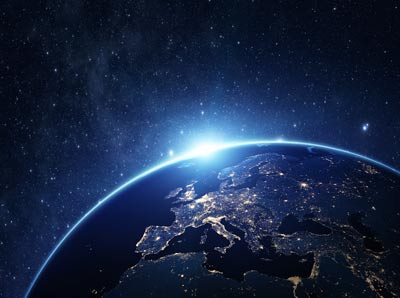 Key members of the vaping community have joined forces and come together, appealing to the World Health Organisation to rethink and reform their somewhat contradictory stance on the regulation of e-cigarettes,  e liquids and vaping products. Let’s get the lowdown on the latest vaping news from around the world.

Vaping in the UK

Vaping has and continues to thrive in the UK, with some estimates suggesting that some 3.2 million of us have taken the steps to ditch the cigarettes and switch to the potentially less harmful method of vaping, a figure that has increased substantially since the lowly 700,000 reported in 2012. Indeed the UK has some of the lowest rates of smoking populations (17%) in Europe, second only to Sweden. Go us!

However, elsewhere, not all is as rosy as we have it here at home. On a global level, vaping is still observed with a certain scepticism, an outlook that is suggestively if not mistakenly steered by the international body of officials that many look to as a standard for world health - the eponymous World Health Organisation (WHO).

Interestingly, WHO has in the past recognised that vaping has the potential to reduce smoking rates, a statement also acknowledged by Public Health England’s declaration that  e-cigarettes are around 95% less harmful than tobacco and have the potential to help smokers quit. However, back in 2016 WHO’s Tobacco Control Group, took the somewhat oppositional stance by saying that member states would also be able to ban vaping products as part of their tobacco control plans.

A confusing state of affairs if ever there was one, enter the fray, the UK Vaping Industry Association (UKVIA) and a cohort of international co-signatories, making their case for a clearer message to be made when it comes to the use of e-cigarettes. Together with pro-vaping organisations from 16 countries from across Europe, North America, Asia, and Australasia, UKVIA presented their statement in Geneva prior to the 8 th session of WHO’s Conference of the Parties (COP8).

The message from the vaping community was clear and simple, and if received and implemented could have the potential to significantly reduce the number of smokers that exist worldwide;

A member of UKVIA, Liz Jenkins said, “We and our international co-signatories are proud to stand up for vaping as a route for smokers seeking a less harmful alternative. We are keen to work with the UK delegation and the WHO to ensure that its policy decisions at the Geneva Congress reflect the evidence and good common sense.”

WHO is Not on Board

One would think that if respectable countries governed with a conservative constitution, see the sense and evidence in e-cigarettes representing a potential to help tobacco smokers quit, then you would also think that the World Health Organisation might be on the same page? Alas, in this instance, common sense seems to shirk its responsibility and waits quivering quietly in the shadows of WHOs foreboding final word.

Whilst the impassioned appeal to WHO was a logical one that you would think would be met with serious consideration, unfortunately, industry members and journalists alike were refused entry to proceedings.

A spokesman for WHO’s Tobacco Control Group has since declared that the plethora of products marketed as ‘smoke-free’ and ‘heat-not-burn’ have been creating confusion among consumers, “leading them to believe that they are safer to use, even though there is no independent research confirming it.”

UKVIA and its fellow international vaping bodies continue to fight the battle for a tobacco-free society and that it's safer to vape than smoke, we’ll keep you up to date with this news as it develops.