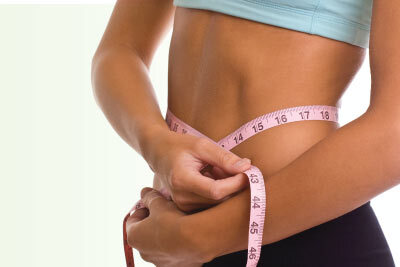 Because combustible cigarettes from tobacco cause tar in the lungs and 70 different forms of cancer, you’re advised by medical experts to stop as soon as possible. However, one reason smokers do not want to quit is a fear of piling on the pounds. It’s common knowledge that soon as you give up smoking, you begin to gain weight. What many are now doing is switching to vaping as a useful cessation tool. Because they contain nicotine too, e-cigarettes act as an appetite suppressant just like cigarettes do, without the thousands of toxic and dangerous chemicals inhaled by millions of smokers worldwide. Nevertheless, the question remains - does vaping cause weight loss like many perceive smoking does?

It’s important to stress that neither should be used as some sort of dietary supplement. You should never replace carrot sticks with a cigarette, vaping pod or mod. What vaping provides is a similar sensation and routine of having something in your hand, moving towards your mouth and similarly inhaling a substance. Vaping contains just a few ingredients; including Vegetable Glycerin, Propylene Glycol, flavourings and in most cases nicotine. This combination together creates the e-liquid, which when heated produces the vapour you inhale. It can be done through mouth to lung vaping (which is common with beginner vapers), or directly to the lungs (more advanced). These ingredients contain virtually no calories, so vaping itself does not add weight to the body or act as a slimming method.

Why You Could Gain Weight After Quitting Vaping or Smoking

You tend to gain weight after giving up cigarettes or vaping because the body needs a replacement for that addiction. You don’t eat as much when vaping or smoking for one of the following reasons, or sometimes a mixture: 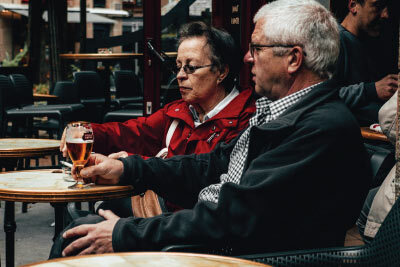 What’s required is to understand the influence of nicotine. Nicotine is an addictive substance, but harmless with very little side effects when consumed on its own. Also, it increases the total number of calories used during your body’s rest between 7-15%, acting as a fat burner, speeding up your metabolism in the process. From the nightshade plant, nicotine has been used as a stimulant for centuries and in cigarettes for decades. You get roughly 2mg of nicotine per cigarette, which needs to be replaced, albeit with great difficulty for the mind and body. Once people begin to smoke, especially heavily as chain smokers, it’s hard for them to stop.

For most people who want to quit, short-term they turn to food and drink, naturally putting on excess weight for the first few months. People would not feel as hungry or have the urge to snack as often when smoking or vaping. Also, the hand to mouth motion is a natural routine that requires a substitute. Despite the numerous illnesses from smoking and the millions of deaths a year mainly caused by tobacco combustion, many smokers fear gaining weight more than anything else.

Vaping Doesn’t Make You Lose Weight - But What Does it Do?

What we know about vaping since its creation in 2003 and growing popularity since is its ability to help people quit smoking. Because many cigarette users are heavy smokers, it’s very difficult to give up that habit and go ‘cold turkey’. Many have tried to no success or quickly gone back to old ways because the nicotine addiction is so strong with no alternate method. People in the past have tried nicotine replacement therapies such as gum or patches to no avail. However, with recent research in 2019 suggesting e-cigarettes are twice as effective, we now have the answer.

You can slowly reduce that intake of nicotine to get the desired results. And better yet, unlike cigarettes which only have a tobacco flavour after the 2020 menthol ban in the UK, you have lots of different sweet flavours with a variety of e-liquids. That way, should you decide to drop your nicotine intake down to zero, you’ll still be able to manage any temptations for sugary snacks. This will only be enhanced by the fact you’ll no longer be smoking dangerous toxic substances which dull the senses as we explained earlier. 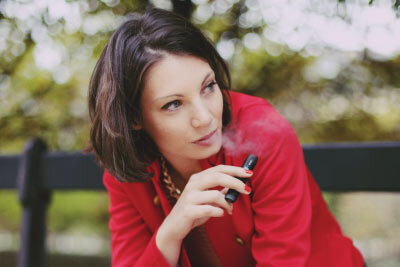 Putting on a few kilograms in weight should not be your main concern. But it’s also important to note that obesity and general overweight issues are just as important not to ignore. It’s about finding the balance between not obsessing about your body weight but also taking care. Vaping and smoking should not be used as benchmarks for helping you lose weight. Eating right and exercising while reducing stress naturally is the best way of doing this.

Needless to say, because of the dangers of smoking to your body and state of mind, you should act quickly to stop the habit. With recent studies showing obesity is slowly becoming a ‘bigger killer’ than smoking, keeping a healthy weight is vital, but doing so the right way.

Vaping should only be used as a way to stop smoking. That’s always been its purpose and will remain so. Because you can add as much or as little nicotine as you like, you can inhale in a similar way to smoking without putting your body at a huge risk. Understandably, a smoker is concerned about ‘getting fat’ once they give up cigarettes. With vaping, you have a useful alternative that provides enough nicotine which the body is now used to, while not turning to sugary foods as a replacement.

Plus, because vaping offers sweet e-liquids and even shortfills, where you have complete control over how much you top up with nicotine, you’re in the driving seat for what’s in your e-liquid and vape device. All of this together does not help a vaper put on or lose weight during vaping or after removing nicotine, which acts as the addictive substance in vaping and smoking. Instead, you have a better chance of maintaining a healthy weight.