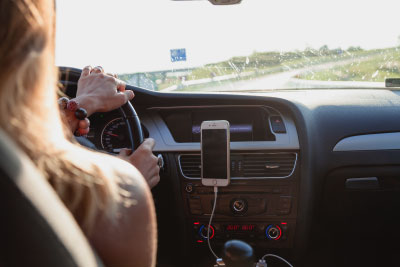 Have you ever noticed that your car gets a film on the windows when you vape? It’s not so much that they are steamed up, but it looks like Ghostbusters'Slimer’s little grey cousin has gone to town in your car while you weren’t looking.

While this vaping ectoplasm isn’t necessarily going to cause dangerous driving, you will need to keep on top of the cleaning to make sure you always have a clear view through your windscreen. The film can build up over time and be harder to remove.

The vape film is mostly caused by the vegetable glycerin in the vape fluid. When you exhale the clouds, dust in the air sticks to it creating the vaping film.

Vaping with your windows open will minimise the film but when that’s not possible, we’ve put together some other, really simple ways ways to keep your windows clear.

For this, you’ll need washing up liquid, paper towels, and a little water.

We’ve been told that the washing up liquid method helps create a barrier to stop the vape film forming again quite so quickly. Cleans and protects in one go.

These cloths are great for cleaning glass and keeping shiny surfaces buffed in the home. So, it makes sense that they work for taking the vape film off your car windows.

You don’t need to get these wet, just work the dry microfibre cloth across your windscreen until it's all gone.

Probably the most obvious answer to this question. That’s right, invest in some super strength window cleaner and keep it to hand for regular cleaning.

We’re told it might not be as effective as some of the other methods, but it’s worth a try.

Mix one part vinegar to three parts water. Scrunch up some newspaper, dip and scrub.

It can be any vinegar that you use: good old chip shop vinegar, white vinegar, or that dusty old bottle of cider vinegar that you’ve got hanging around the back of the cupboard, having only used once.

Apparently, a newspaper is even better than kitchen roll for glass cleaning due to its thickness.

Finally, if all else fails, grab some soapy water and use plain old elbow grease to get your car windows clean. It’s not the most sophisticated and you probably won’t make a fancy YouTube hack video out of it, but it will get your windows clean.

Remember, if you have tinted windows you need to make sure that whichever cleaning product you use is ammonia-free.

Tried any of these methods? Let us know which one works best for you. Have another way to clean the windows that we’ve not covered? Let us know.