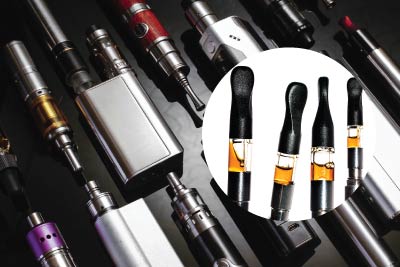 Vaping and e-cigarettes are a welcome technology that has transformed the lives of millions of UK smokers. As the USA gets set to implement a nationwide federal ban on flavoured e-cigarette e-liquid cartridges, you may feel somewhat perplexed at the current state of the industry. Why are vaping laws so different around the world? Let's take a look at the differences between vaping legislation in the UK and the USA and why regulating an industry, still in its relative infancy is paramount to its success, in helping smokers become smoke-free.

Why Do Vaping Laws Differ Around the World?

You may have noticed that vaping laws and legislation will vary from country to country. Depending on where you are in the world you may be able to pick up a vape pen and e-liquid from your local shop or an online store with ease, However, elsewhere, you could be misfortunate enough to pay a fine or even expect jail time if you’re found in possession of vaping products. Due to the lack of evidence about the long-term health consequences of vaping, the evidence from early studies suggests that vaping is significantly less harmful than smoking tobacco cigarettes.

While the likes of Public Health England (PHE) are key proponents for the less harmful alternative to tobacco products, the World Health Organisation (WHO), seemingly question whether e-cigarettes are an effective aid for helping smokers quit. Citing a need for further research and evidence, the question of how e-cigarettes and e-liquid should be regulated remains a sticking point for the organization, and one, which other countries seeking guidance, will tend to follow.

Until a global  e-cigarette regulation of sorts is introduced (if it ever will), whether or not a country follows the advice of WHO or PHE is fundamentally up to the country in question.

Deaths in the US Are Linked to Vaping Illicit E-Liquids

With hundreds of hospital admissions and several deaths linked to vaping flavoured e-liquid and THC (legal in multiple states across the US), the Trump administration have set the wheels in motion for legislation to limit the sales of vaping products. s of the 2ndJanuary, the FDA and Trump administration announced an enforcement policy that bans flavoured cartridge-based e-cigarettes that appeal to children including fruit and mint. Manufacturers and retailers have 30 days to remove products from sale or risk FDA enforcement actions. Prior to this, individual states across the US have been taking matters into their own hands. States such as New York, Massachusetts, Michigan, Rhode Island and Washington have limited sales on flavoured e-liquids in an attempt to tackle any further lung-related illnesses being contracted as a result of vaping. While the cause of the mysterious illness is yet to be identified, it's thought that the inclusion of Vitamin E, a thickening agent, maybe the main culprit.

Who Regulates Vaping in the US and the UK?

As mentioned, the way a country governs and regulates e-cigarettes will largely be down to the government in charge based on advice proffered to them by their relevant health departments. In the UK and across the EU, vaping products such as e-cigarettes and e-liquids are subject to the laws and guidelines that are given by the  Tobacco Product Directive (TPD). Introduced in 2014, the TPD includes regulations aimed at harm reduction. For instance, before a product can be introduced to the market for sale, the manufacturer and its products must undergo rigorous testing and analysis to prove its safety. Additionally, there are restrictions on the capacity of e-liquid tanks (2ml), how much e-liquid can be sold in one container (10ml), as well as various labelling requirements and child-resistant packaging. Importantly, the amount of nicotine that can be used in e-liquid is also limited to no more than 20mg/ml, which is the amount regulators say is the sweet spot for helping smokers trying to become smoke-free.

In the US, it is the Food and Drug Administration (FDA) that is responsible for regulating the vaping industry. Interestingly, the FDA only assumed responsibility for the industry in 2016, albeit, putting in a place several regulations not dissimilar to the TPD. Premarket reviews, packaging requirements and published ingredients are now all part of the process that will allow for a safer and more regulated market.

While manufacturers now require authorization to sell their products and face similar scrutiny via testing, brands and products that launched before 2016 are still able to actively sell. Companies who launched before 2016 have until May 2020 to secure the appropriate authorization or risk having their products removed from the market. While the correct steps are now being taken, the reality is, that there may still be products for sale in the US that are not in the interests of public health and safety. This means that until May 2020, the potential of picking up an e-liquid in America that is unfit for consumption remains relatively high.

We mentioned that the limit for nicotine in the UK and the EU is set at 20mg/ml, however, across the pond, leading vape brands such as JUUL sell nicotine pods that have 59mg/ml. Almost three times the amount of the UK's e-liquid! Is the amount of nicotine found in e-liquid sold in the US potentially hindering the progress of smokers becoming smoke-free by vaping?

Is Underage Vaping still a Problem?

Due to the various regulations of the TPD, vaping products sold in the UK and EU are aimed at adult smokers and have explicit guidelines when it comes to marketing products to children. While some flavours might have some sweet-sounding names, reminiscent of sweets in a candy shop, research shows us that 76.9% of 11 -18-year-olds in the UK have never tried an e cigarette. Additionally, the figures for underage smoking in the UK continue to lower year-on-year.

Interestingly, the US has been experiencing an epidemic of underage vaping, which in turn, has understandably created negative connotations for the vaping industry as a whole. Citing colourful packaging and sweet flavours such as candyfloss and bubblegum that might appeal to a younger demographic, is the rise of underage vaping a result of the US industry not facing rigorous enough regulation until now?

Why is it Important to Regulate the Vaping Industry?

E-cigarettes and vaping were invented as a means to remove the harmful carcinogens, carbon monoxide and tar that cigarette smoke produces, while still providing the user with a hit of nicotine similar to what they may be used to when smoking. Nicotine is mixed with a liquid such a propylene glycol (PG) or vegetable glycerin (VG), as well as various flavourings, which are then slowly warmed by an electrical current into a vaporized state, ready to be inhaled. While PG and VG liquids are common ingredients found in household items such as toothpaste, soft drinks and dairy products, manufacturers may add some ingredients to create their desired flavourings. Places like the UK and EU will have regulations on the kind of ingredients that can be included as well as bans on other ingredients such as diacetyl. The faux-butter flavouring diacetyl, known to cause the lung disease ‘popcorn lung’ is one such example of unscrupulous e-liquid manufacturers achieving a flavour that is ultimately unfit for human consumption and one that will have dire consequences for a vapers health.

Vaping should be seen as a healthy lifestyle choice that one commences helping them wean themselves from tobacco cigarettes. Similarly to other nicotine replacements such as patches, vapers can choose to reduce the levels of nicotine in their e-liquid to achieve the ambition of being both smoke and nicotine-free. While important is a hugely important aspect of the vaping experience, the use of additional chemicals used to enhance flavour, is essentially in opposition to the premise of vaping to be a healthy alternative to smoking.

Without regulating the contents of e-liquid, vapers across the world are potentially being subjected to vaping products that may be more harmful than the tobacco cigarettes they were smoking. By imposing nicotine limits, introducing rigorous product testing and having a unilateral ingredients list that is fit for consumption – safe vaping may just help the world become a smoke-free place to be.

Is it Safe to Vape in the UK?

With many of the illnesses in the US linked to illicit vaping products bought on the black market, buying from a reputable brand in the UK means that by all accounts, you’ll remain relatively safe if you vape. Up to 95% less harmful than smoking tobacco, if you’re trying to quit cigarettes then Public Health England says that vaping e-cigarettes does has the potential to help you become smoke-free and is a far safer alternative to smoking.