If you enjoy vaping, you want to be able to do it wherever you go. Taking your gear on holiday with you sounds like a great idea, giving you a chance to relax and do some vaping somewhere new. However, it turns out that there are plenty of places where getting out an e-cigarette is unlikely to be welcome. Some countries have even banned the practice or banned the import and export of any equipment related to vaping. These include places as far-flung as Argentina and Singapore, so it's always important to check the rules before you go on your travels. If you're thinking about where to go this year or next, you need to know where vaping is welcome and where it isn't. Try the list below for the most vape-friendly places. 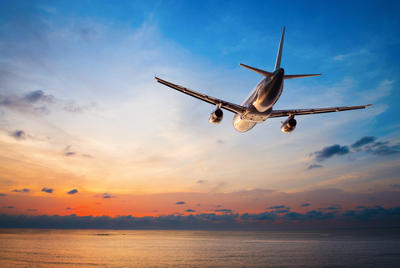 Vaping in The USA

Vaping laws in the US vary widely by state and region, so it's always best to check your exact destination. However, since there is no federal ban or restriction on e-cigarette products, you can find plenty of places where vaping is allowed and where you can find all the gear you need. R Street graded 52 cities in the country, giving each of them a score based on how friendly they were to vapers. Virginia Beach, Virginia came out on top, with a number of other cities scoring well too. Among them were Tucson, Phoenix and Mesa, all in Arizona. Albuquerque, New Mexico bagged a high score, and both Denver and Colorado Springs in Colorado were highly praised. But stay away from the likes of Chicago and LA if you want to have an easy time vaping.

Like the US, the law concerning vaping in China depends on the region you visit. However, considering the fact that many other Asian countries ban vaping or have very strict rules, China is one of the more relaxed countries on the continent. E-cigs were invented in China, and the country supplies the huge majority of vaping products to the rest of the world too. So you can find plenty of places where vaping regulations are more relaxed, and it's easy to find somewhere to buy the things you need too. Some places have restrictions to take note of, such as Shanghai, where you can only vape in designated smoking areas.

Another Asian country that hasn't gone for extremely restrictive rules is Japan. However, there is a law stopping you from  buying e-liquids that contain nicotine. Having said that, you're unlikely to have any problem taking your own supplies with you, due to allowances made for personal imports. If you want to use nicotine e-liquids while you're there, just take your own supplies with you. You should be able to vape in most places, just as long as you have what you need. Japan is a diverse and fascinating country, where you can go from huge cities to rolling hills, and you should be pretty free to vape along the way. 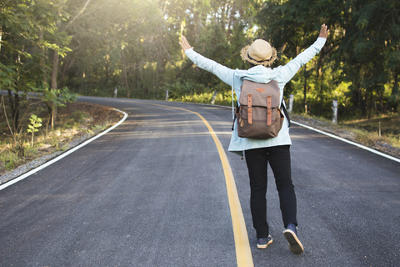 The Netherlands is famous for being relaxed about weed, but that doesn't necessarily directly translate to be as relaxed about cigarettes or even e-cigsarettes. Tobacco is banned inside coffee shops, so is vaping, but you may see some people vaping dry herbs in some cafes. The import and use of e-cigarettes was nearly made illegal, but the ban was stopped, so it remains safe for now. Even though you're not free to vape anywhere and everyone, the Netherlands and Amsterdam, in particular, is still a good pick for your holiday. It's a relaxed place to visit, with beautiful scenery and lots of fun to be had.

As in some other places, like Japan, you can buy e-liquids without nicotine in Australia and New Zealand, but products containing nicotine are regulated. You probably won't have any problems if you bring your own gear with you. What's more, you can find that in some places, the restrictions on smoking in public places don't apply to vaping, so you can get out an e-cig somewhere where you wouldn't be allowed to have an actual cigarette. Sydney in Australia is one such place, and it gives you some pretty spectacular views to enjoy while you're vaping too.

You don't necessarily have to go far to find places that are welcoming to vapers. London is a great place to visit for various cultural and entertainment reasons, whether you go for a weekend or spend longer there. The UK does have some restrictions on e-cigarettess, and you can't use them on public transport. However, in general regulators are supportive of vaping because it helps people to quit using tobacco cigarettes, so there are lots of places in the capital where you can go just for vaping, including some trendy cafes and bars. You're welcome to vape in parks and around the city too, but it's best to do it outside unless you're somewhere where vaping is expressly allowed - if only to be polite.

Egypt is a popular holiday destination for people who love a bit of sun and sand or who want to experience an interesting culture without going too far. As in some other countries, the sale of vaping products isn't allowed in Egypt. However, there is a big smoking culture there, and if you bring your own supplies, you should be fine. There's no rule against using vaping equipment, so just make sure you have everything you need before you leave home. 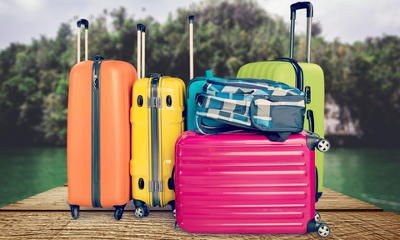 Tips for Travelling as a Vaper

If you're about to go travelling with your vape gear and accessoriesremember to check the rules of your destination before you go. Remember that vaping isn't allowed on planes and it's often not allowed in airports, either, although you can sometimes find a special smoking area. Make sure you check which plug is suitable for the country you are travelling too as their maybe different socketsCheck the rules about carrying your equipment on planes too. You might have to show it at security, and you will definitely have to separate any liquids from the rest of your hand luggage.