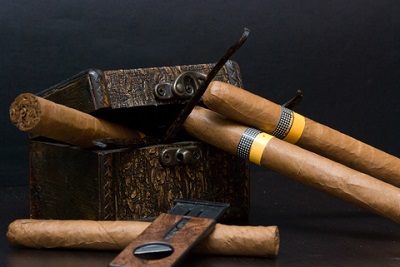 Most of the time when we talk about the switch from smoke to vapour, we’re talking about tobacco cigarettes. This is with good reason, as the primary product for those who smoke tobacco is indeed the plain old tobacco cigarette. Yet when we do that, we ignore the many people out there who are cigar smokers. Despite the popular impression, cigars are no less dangerous than cigarettes.

The problem is thus primarily one of image. That is to say, often times cigar smokers don’t think about making such a switch, even when they would be better off for it. Of course, we don’t want to ignore the physical realities too. Along the road from cigars to vaping there are a couple of very important stopping points. If you were considering this type of switch, you would be wise to make note of them.

Obviously, the mechanics of cigars is different. It always has been. If you were a cigarette smoker and happened to try to smoke a cigar for the first time, you probably experienced a rude awakening. Taking in that drag of smoke into your lungs must have felt lethal as you instantly cough and feel terrible. Why in the world do people like cigars, you must have thought.

Of course, this is because cigar smoke isn’t meant to be inhaled. It is meant to linger in your mouth so you can absorb the taste, but not the smoke. That means the first thing you need to learn to do in your journey from cigars to vaping is how to inhale. Simply practice the concept and get used to this new feeling of vapour actually being inhaled rather than simply held in your mouth.

Open Your Mind, To Flavours

The second thing we often hear from cigar smokers is that they love their tobacco flavour. Cigars are made with premium tobacco and the focus on flavour is much more important in comparison to cigarettes. That’s why most cigar smokers will naturally assume that tobacco flavours are what they will need as they transition to smoking.

The reality isn’t so clear. While there are wonderful premium tobacco e-liquidflavours, that doesn’t mean that it’s what you want when you start vaping. We’ve come across numerous cigar smokers who actually preferred sweeter flavours when vaping. A great deal of them simply were ready to leave the taste of tobacco behind them, and thus vaping non-tobacco flavours was the perfect solution. Thus, the next step on your journey from cigars to vaping is keeping your mind open with regard to flavours.

Leave the Myth and Mystique Behind

Cigars have this mystique around them. Of course, we would argue that it has mostly been propagated by film and television. They sell this idea that cigar smoking isn’t like cigarette smoking. It’s more glamorous. It’s a status symbol. All of that, however, is a myth. Cigars are no better than cigarettes. They are just as bad for you as cigarettes, despite the fact that you aren’t inhaling all of the smoke. Ever heard of throat cancer? That’s a common result from long term cigar smoking.

The journey from cigars to vaping involves leaving all of this behind. You need to look past what you have heard and understood to be true about cigars. They aren’t less dangerous. Vaping is 95% safer than smoking, but cigar smoking is not vaping. If you’re ready to make that lifestyle change and switch to vapour, you must internalise this. You can do it, but you’ll have to take that journey. Learn how to inhale, open your mind to other flavours, and leave the myth and mystique of cigars behind. You can do it, and you’ll be happy you did.