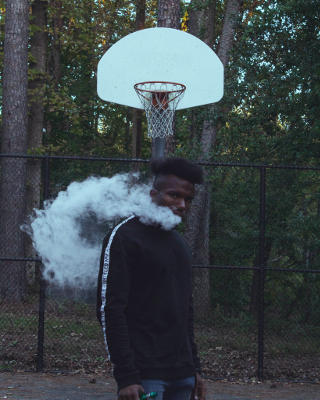 Taking up vaping has become a popular means of helping to quit smoking. In 2017, the UK had 2.9 million vapers, as reported by the  Independent British Vape Trade Association (IBVTA) - and, of that number, 1.5 million had completely abandoned smoking.

If you have recently followed their example, you might have expected to see lower premiums on your life insurance. However, a close look at the facts paints a sobering picture which suggests many insurers remain in the dark about the health implications of vaping.

Have you recently quit smoking with the help of vaping?

If so, congratulations! It looks like you've been following in well-worn footsteps. According to Office for National Statistics (ONS) figures reported by YourMoney.com, the UK's proportion of cigarette smokers fell from 15.8% in 2016 to 15.1% the following year, equal to 7.4 million people.

Meanwhile, vaping and e-cigarette use has increased in popularity. ONS statistics indicate that, in 2017, 5.5% of adults in Britain reported using the electronic products. In 2014, that figure sat at 3.7%. The most common incentive to vape, other statistics suggest, is that it can help people to quit smoking; indeed, 48.8% of UK adults appear to deem this a good reason to vape.

Do insurers look kindly on vapers?

The short answer: some of them do - and, even then, it's largely a matter of whether or not the vape products contain nicotine. Aegon, AIG, Aviva and Zurich are all life insurers which have admitted to taking this stance. As a general rule, if your vaping hasn't used nicotine for 12 months, you're safe.

Well, safe from the "smoking tax" applied to premiums by several vaping-friendly insurers, at least. Sadly, there remain several life insurers which don't appear to distinguish between vaping and smoking when calculating premiums - but why?

One such insurer, Vitality, has called vaping "a relatively new activity compared to smoking tobacco", adding that it "does not have an entirely clear risk-benefit profile; there are multiple perspectives on how vaping affects current, ex- and never-smokers."

The insurer explains: "We do not presently incentivise vaping and are keenly following the debate as the evidence base for the impact of vaping grows".

L&G is another insurer taking a similar view, insisting that there are not "any studies which show the long-term effects of e-cigarettes." L&G concedes that "recent studies suggest vaping is better for health compared to smoking cigarettes, but it appears clear they are still worse for you than not smoking at all."

Could lower premiums still await for an increasing number of vapers?

While several insurers are reluctant to meaningfully differentiate between smoking and vaping, there remains hope for vapers left despondent by these insurers' stances.

Robert West, a health professor at University College London, has argued: "Nicotine is not what kills you when you smoke tobacco. Vaping is probably about as safe as drinking coffee."

Hence, it might not be long before you can enjoy the best e-liquid without your life insurer hitting you unfairly hard in your bank balance.