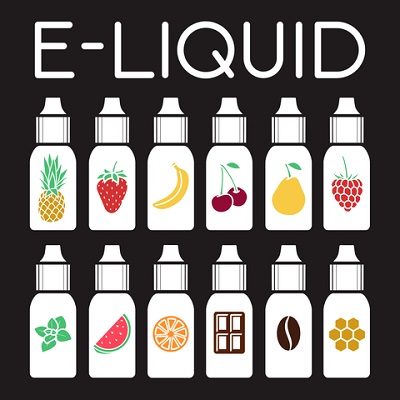 If you haven’t heard of the terms PG and VG, don’t worry. It’s not every day that you’ll come upon a discussion like this. If you’re at the pub with your lads, you’re more likely to talk about the latest match than these terms. Unless, of course, you are hanging around some vaping enthusiasts. In that case, they are almost always willing to talk.

So what are PG and VG? The technical names are propylene glycol (PG), vegetable glycerin (VG) and they make up the base of what you are vaping. Regardless of the type of vapour device and the type of e-liquid, you can be sure there is PG and/or VG in there too. More than in there, it’s these two liquids that form the base of your vapour fuel. They’re what carry those incredible e-liquid flavours and allow you to create vapour.

Basically, they’re at the base of what has allowed you to make the switch to vapour instead of what you were doing before. So, they’re pretty important. They’re also completely safe per the USA FDA and are already in many food items, allowing them to stabilise and stay moist.

While both PG and VG are used as a base for e-liquid, they aren’t exactly the same. It’s these differences that change your vaping experience so it’s important to know about them.

Propylene Glycol was the original base of e-liquid when modern vaping first began. It’s a thinner synthetic liquid that is completely non-toxic. Due to its synthetic makeup, it has a longer shelf life than VG. The advantage to PG from the get-go was that it doesn’t have any flavour of its own. That made it a great vehicle for delivering great e-liquid flavours. PG generally gives your vapour a greater throat hit, but it also requires higher voltage to create that vapour. This means sometimes PG will be on the thin side in terms of how big your vapour clouds are.

Vegetable Glycerin (VG) became popular later than PG as a base for e-liquid. This is probably because it was naturally slightly sweeter (so no sugar or sweetener additive is required), and due it being a natural organic substance, it also carried a shorter shelf-life span. VG generally creates much bigger vapour clouds but with slightly less of a throat hit, often being described as the “smoother” experience of the two. This big vapour creation aspect makes it popular for those who enjoy inhaling and exhaling huge clouds. It is also the e liquid to use for those with a PG intolerance.

Okay, so where does your vaping experience come into all of this? You’re probably wondering what VG and PG actually means to your vaping and which you should be using. The truth is, there isn’t one answer that fits all. For instance, a very small portion of the population is allergic to Propylene Glycol (they get a sore throat, headaches, and the like). Others will mix between the two to create a certain vaping experience. Here’s a little on the most popular vaping choices in regard to PG and VG:

Not many chose this option and that was mainly because historically it was too viscous and this led to having to clean clogged up tanks more frequently. In addition, the sweetness of VG can add to all those great flavours and is an advantage with fruity or sweeter flavoured juices. More recently some e-liquid brands including our VSAVi have formulated their PG free 100% VG e-liquids to be less viscous so that they are more readily usable by the mass market. Traditionally, however those choosing only 100% VG were likely among the few that are allergic to PG but now these pure VG juices are attractive to those wanting more vapour. Some argue that the "feel" of vaping considerably bigger clouds of vapour adds to the overall vaping experience.

This is a popular blend for those who like larger clouds of vapour. The VG will provide that, and the addition of PG will give you a good throat hit as well. It’s not for those who really want to recreate an experience that has a big throat hit, but it does the job for many.

This is really more of an entry point into the world of blends. It’ll give you an idea of both, but you’ll likely quickly move in one direction or another.

This is another popular blend, and one that is more slanted toward a bigger throat hit. It gives you that experience you may be missing, but it also creates a good amount of vapour too.

This is also another option, especially for those who are primarily concerned with that very clear throat hit. It’ll hit the back of your throat in a way that very heavier smokers might enjoy. It’s also a way to stay under the radar with vaping, as it produces a smaller amount of vapour when you exhale.

As you can see, there are some decisions you can make here. Even between these popular blend mixes, some are choosing to fine-tune it to an even greater extent. Depending on the type of vaping device you use, you’ll want to find a blend that fits both your needs and your device. This is a great intro for the subject, but make sure you experiment some yourself to see what works best. We offer mixed packs of e-liquid flavours so that you can try various flavour combinations and PG/VG mixes to establish what you enjoy most.