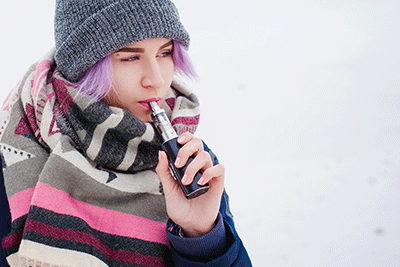 Millions of people sadly lose their lives to smoking every year because it’s a lifelong addiction they can not shake. Packed with thousands of chemicals that are unknown to the smoker, the likes of tobacco and dangerous toxins such as carbon monoxide pose a serious risk to your health. With e-cigarettes, it’s seen as a safer alternative that can help smokers reduce their nicotine addiction to the point where they can quit both. And better yet, you have much greater control over what you inhale as e-cigarettes contain far fewer ingredients.

In most cases where the e-liquid is regulated and made by a respected manufacturer, it contains water, sweeteners, nicotine, as well as chemically produced compounds Vegetable Glycerin (VG) and Propylene Glycol (PG). The purpose of this content is to look at the latter, understanding why PG is in your vape juice, why some people get an allergic reaction to Propylene Glycol and whether it’s safe to vape or a dangerous substance you should avoid.

Propylene Glycol - What Does it Do?

Also known as 1,2-dihydroxy propane, 1,2-propanediol, methyl glycol, and trimethyl glycol, PG is an organic compound made up of Carbon, Hydrogen and Oxygen, with Hydrogen being the primary element. When produced it is a viscous colourless liquid that is almost completely odourless. It is produced on a large scale and can be found in food products as the E number E1520, approved as safe in the EU, USA, New Zealand, Australia, and anywhere else with stringent regulations. It can be found in a variety of cakes and ice creams, baby products such as baby wipes and even in asthma inhalers. 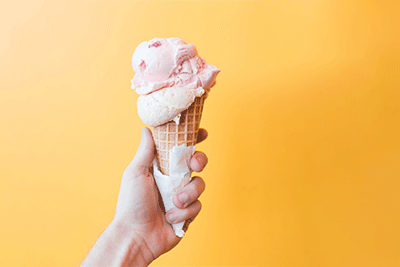 The Propylene Glycol used to make premium grade e-liquids like Vsavi’s Platinum is 100% pharmaceutical grade. They use it in addition to lower amounts of Vegetable Glycol, which is also of the highest standard but has a thicker viscosity.

In addition to acting as a carrier in e-liquids, PG is found in everyday items you may not be aware of, such as in medicines, toiletries and even in fog or smoke machines used in events like concerts and sports matches. Due to its non-toxic element, several studies have demonstrated its general safe use in production.

Is Propylene Glycol Safe to Inhale?

While vaping continues to gain popularity as a nicotine replacement therapy, similar to gum or patches but twice as effective, it’s still in its infancy with more than a decade under its belt. Therefore, there are nowhere near as many studies from scientific medical journals that can back up the long term effects of inhaling substances like PG or VG. We do know that nicotine can cause side effects depending on how much you inhale. Nevertheless, on its own, there is little risk to your health and research has shown through years of smoking cigarette studies that it’s tobacco and other dangerous chemicals which can cause cancer.

However, with PG, it’s difficult to tell other than with short-term studies on humans and animals about how safe it is to repeatedly inhale PG into the lungs. If it’s used in smoke machines and deemed safe to do so, the chances are it’s going to be ok for use in e-cigarettes. As the regulations on vaping get tighter and we understand more about Propylene Glycol in vaping and its long term effects, the vaping community will then recognise the full worth of e-liquids and e-cigarettes as a cessation tool.

Can Propylene Glycol Cause Allergies?

The medical studies completed to date vary in results based on multiple factors. For instance, a study based on 84 patients in the US highlights that Propylene glycol may produce eczematous skin reactions of toxic and, more rarely, of allergic nature. Studies of this nature often don’t reflect over a sustained period or from a larger batch of humans with the majority of tests done on animals such as rats or monkeys, so the results are difficult to compare with studies carried out on humans.

Meanwhile, another study reflects on the use of PG in medicines, stating ' although PG is considered safe for use as a vehicle for intravenous medications by the US Food and Drug Administration, at high levels, PG can accumulate and cause lactic acidosis, CNS depression, coma, hypoglycemia, seizures, and hemolysis'. Allergies can vary based on the person inhaling PG and how they react to PG, the amount that enters their body and the product that required PG as an odourless liquid for production. If you have an allergy to Propylene Glycol, chances are you’ll know about it very soon and would be wiser to go with 100% organic VG e-liquid containing no element of Propylene Glycol.

With most e-liquids, the amount of Propylene Glycol used in production is predominantly low, only acting as the carrier to increase the smoothness and texture of the vapourised liquid and ensure maximum taste from the natural flavours of the vape juice. In contrast, a high VG vape juice will be thicker in density and have a naturally sweet taste, which slightly takes away from your e-liquid flavour. Providing you’re not allergic to PG, which some people are and it depends whether you react in the way described above, vaping Propylene Glycol is considered low risk. When you consider it’s used in many different ways and approved by UK regulations and worldwide as a safe chemical compound, it’s much less of a concern than the thousands of dangerous or unknown toxins found in cigarettes.