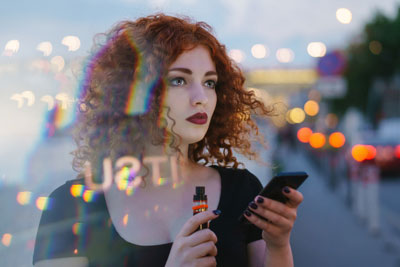 Hey, ho and here we go for another year here on planet earth. 2018 has been, gone and packed its bags never to return, so as we tiptoe into the year ahead, we look, wonder, and ponder predictions and trends for what might be in the vaping industry in this the year 2019…

Freedom to Vape in Public Spaces

At the tail end of last year, a group of likeminded MP’s known as the All-Party Parliamentary Group for Vaping (APPGV) presented a workplace vaping policy to be added to the parliamentary staff handbook with the aim of encouraging more businesses, workplaces and public spaces to adopt a similar approach. In addition to the vaping policy, the APPGV also encourages vapers to follow an etiquette that essentially respects their fellow workers.

We predict more public spaces introducing vaping areas as well as workplaces becoming savvy to the needs of their workers as they strive to become smoke free.

More Awareness on the Health Benefits of E Cigarettes

Expect to see more health information in the public spaces and less misinformation from myths about e cigarettes.

As recently as November 2018 the Advertising Standards Agency amended the advertising rules for e cigarettes meaning that companies are no longer banned from advertising the health benefits of vaping, which means more people able to see the positive health implications vaping holds over tobacco.

In 2015 Public Health England declared e cigarettes to be up to 95% less harmful than smoking and that vaping has the potential to help smokers become smoke free however, recent findings that suggest 44% of England’s 6 million smokers are unaware of the health benefits that vaping poses, have spurred Public Health England to recently sharing a shocking new video detailing an experiment showing the differences between smoking and vaping.

Additionally, annual campaigns such as Vapril marked significant milestones in 2018 for the vaping industry as industry members, politicians and health professionals alike joined forces to promote the viable route to becoming smoke free that vaping can provide, while the NHS’s Stoptober campaign saw e cigarettes and vaping heavily featured as a tool to help smokers stay smoke free for 30 days.

In light of e cigarette advertising restrictions being lifted, we expect 2019’s campaign to only increase in awareness, giving the general public a fuller understanding of the benefits of e cigarettes.

An Increase in the Number of Vapers

With the potential freedoms to vape in more places in 2019, more advertising from e cigarette companies, as well as a combination of positive cessation campaigns such as Vapril and Stoptober, we predict that the number of vapers in the UK will only increase as more people are made aware of how much less harmful vaping is compared to e cigarettes.